Homes for Sale in Saluda, NC by Price

Travel back in time with a drive down Saluda's Main Street. With most of the buildings listed on the National Register of Historic places, this one-street downtown remains little changed since its founding in 1878.

This mountain town is a beautiful place to call home, and, in addition to the gorgeous scenery, it boasts excellent local amenities. Residents and visitors alike enjoy Saluda's selection of restaurants, shopping, and annual events. Discover more about this lovely small town. 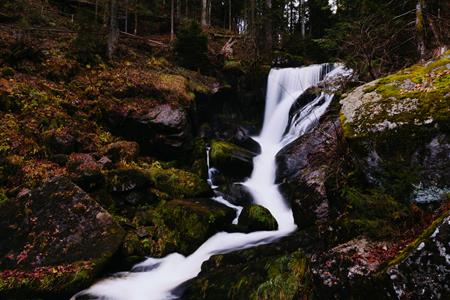 The lovely town of Saluda, NC sits at the northeast end of the Saluda mountain range. Located near neighboring Blake’s Peak, Saluda’s gorgeous landscapes are highlighted by a number of nearby peaks with elevations over 3000 feet, including Grassy Top (3258 ft), Standingstone (3209 ft), Hogback (3130 ft) and Pruett (3022 ft). State Road 176/Spartanburg, the highway leading into and from Saluda, provides a lovely scenic drive, perfect for road trips.

Just outside of Saluda are Lake Summit and Green River Gorge, providing wonderful outdoor activities for the adventurous, including kayaking and whitewater kayaking, tubing, mountain biking and hiking. A short hike through this area features a sensational view of several breathtaking waterfalls, making for an unforgettable journey.

The Saluda of today is a very peaceful town whose population boasts artists, craftspeople and nature enthusiasts. Its current full-time population is under 750 people, but its backstory provides a quaint, yet fascinating piece of history. Before 1881, when the town was still officially called Pace’s Gap, the area was home to commercial traders and livestock farmers. In the late 1870s, however, the Southern Railroad built the country’s steepest-grade standard-gauge mainline railroad track up and through the Saluda Grade, which invited new visitors, residents and businesspeople, creating a bustling little township. By early 1881, the residents acquired a town charter and changed the town’s name to Saluda, after the Saluda mountain range and its namesake Cherokee Indian leader, Chief Saluda.

In addition to inviting a boom of new activity, the perilously steep railroad pass also summoned some problems. The ascent up Saluda Grade was so treacherous that downward-moving trains sometimes jumped the track and slid or tumbled downhill. By 1903, runaway trains had killed 27 people along Saluda’s three miles of track. Eventually safety spurs were installed, creating greater security and enabling trains to pass surely through Saluda until 2001, when the railroad elected to stop shipping freight through the area, probably due to the advent of cheaper methods of transport.

Today Saluda represents a beautiful and tranquil way of living specially suited to the artistic and naturalist leanings of its residents, history and culture. Still, its town leaders continue to pursue new ways to attract residents, visitors and businesses, including expanding the town’s reputation to reach more people through a new town branding and logo, and more advertising for local events and other tourist attractions. Its ambition is to grow its tourism and population while maintaining its calm, serene beauty.